The problem with server migration

Anyone who carries out a migration project has to consider not only the technical details but also a large number of organizational factors. While the technical questions can usually be planned and controlled with the appropriate lead time, the necessary expertise and suitable tools, the human factor can turn out to be a "project killer".

As a rule, a migration project is initially called purely technical project negotiated and, as such, led by IT.

However, it regularly turns out that data and authorizations can not simply be moved one-to-one from A to B, but instead directory and rights structures have to be adjusted. The IT can then act autonomously for lack of information. Because the IT managers can not decide which user should logically access which resources or not, as well as which data is no longer needed and can be deleted. 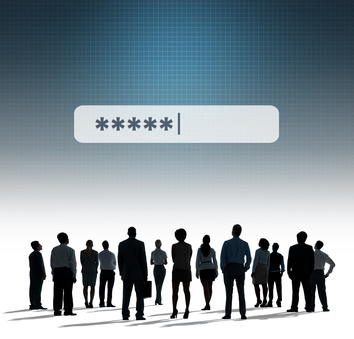 At this point inevitably come the Data owner ("Data Owner") in the game. So those users who own the data or have to determine their proper use. Not only do they have the right, but by definition they have an obligation to ensure the proper handling of "their" data, even during a migration.

This regularly leads to a variety of problems in practice. In a grown-up structure, it can be an almost impossible task to find the right data owner at all. This task has often been neglected or not realized at all in the past. Accordingly, there is usually no related documentation. The consequences are often one uncontrolled data growth and a lack of overview of the actually existing permissions for the data.

Migration without Data Owner is possible

At this point, that sets Concept ABC School Joke Oud "Migration without Data Owner" aikux GmbH If the data owners can not be found or if no decision can be made about the archiving of data, the directory structure is newly developed without deleting any data. Using the archiving tool Storage Manager from PoINT all files are "mirrored". The data is replaced by placeholders (stubb files), which are only inserted into the new system after repeated use by the user. After a definable period of time, all placeholder files are deleted from the new directory structure so that only the files actually used remain. The remaining data can be read via the archive.

More about the aikux concept

Better is the migration with Data Owner

However, more desirable is the involvement of the data owner in the process and the delegation of certain decisions to these, so the "migration with data owner".

The advantages are obvious: A person in charge from the specialist department knows the persons as well as the departmental data and can assess which access rights make sense. In addition, he has a vital self-interest in keeping the data in his area efficiently usable and can name areas that urgently need to be cleaned up as well as those that must not be changed.

It is therefore advisable to include the data owners in the project at an early stage. On the one hand, however, cooperation between departments and IT often proves to be difficult. On the other hand, data owners often lack the (technical) ability to perform their task efficiently and informed. Because even they do not have the overview of all data in detail, even more so when it comes to historically grown directories. The consequence is that precisely historical data is mispriced due to assumptions about content and relevance due to lack of clear information and u. U. deleted or unnecessarily canceled.

Easily integrate the data owner with migRaven during migration

MigRaven mitigates the problem with the data-owner module by actively involving the specialist departments in the process of restructuring and at the same time giving them the tools they need to make the right decisions. As the administrator of the project, assign network resources to the data owner for editing and then seamlessly insert the results into the project. The DO module provides the data owner much needed information about the directories and data. By using usage data such as age, date of last modification, or data composition, the data owner can better decide which data to actually use productively.

Please take a look at our current webinar on "New at migRaven: Data-Owner Integration"

After the migration is before the introduction of an authorization management

Of course, after completing the file server migration or the restructuring and new authorization, you should not simply return to the old habits, but introduce a data and authorization management. There are some systems on the market that can accomplish these tasks. A good representative of this kind is the Software "tenfold" Identity and authorization management of the Austrian manufacturer certex, with whom we maintain a close partnership. migRaven prepares all authorizations optimally for use in tenfold and is therefore the official integration tool of the product.

Never miss a webinar with the aikux.com Newsletter 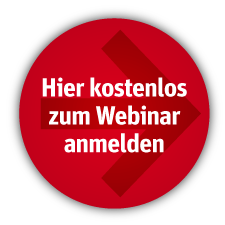